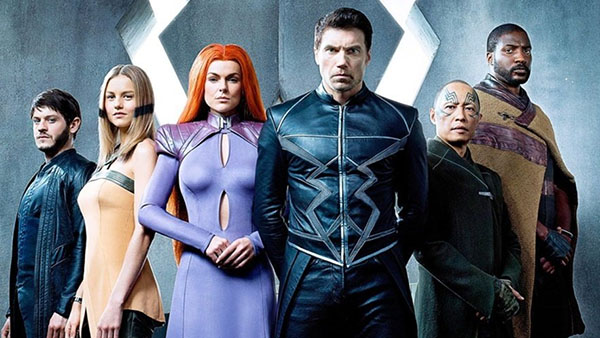 We’ll never know what the planned movie version of Inhumans might’ve been like, but it’s hard to imagine it could’ve been any less impressive than this. Once the decision was made to revamp the project for television, and for IMAX, the whole thing came together in less than nine months – in fact, the deal to release to IMAX was signed and announced two months before final scripts were even in place, and it shows. For Marvel completists only, Inhumans is – as many had anticipated – the weakest entry in the MCU to date, across screens big and small.

With its groundbreaking use of IMAX, Inhumans should have been event television. Instead, it plays safe and makes an opening chapter to a series that is largely stripped of personality and flair. In concentrating on making a splash with its IMAX premiere, it refuses to push boundaries in other, more important areas. Sadly, that means a lacklustre beginning to a series that was meant to wow.

The more people involved in any creative production, the more likely you are to wash out any sort of voice or style in a production. But in Inhumans, which already would be a weird, tough sell to really deliver that Kirby-esque strangeness, the final product feels aimless and bleached-out, with its network television sensibilities and budget feels self-consciously evident. And given that viewers will be able to see a quarter of the entire series beginning this week at IMAX, there’s not a lot of room for showrunner Scott Buck and company to maneuver to give this Game of Thrones-lite series its necessary punch.

Despite the IMAX cameras, the pilot is a visual bust, one that would be unexciting on a screen measured in dozens of inches, let alone dozens of feet.  The opening half (the credits label the theatrical product as “Parts 1 & 2,” although at 75 minutes, it’s about 10-15 minutes shorter than a normal network 2-parter without commercials) is set mostly on gray, boring interior sets that have no panache whatsoever, and when the story moves outdoors in Part 2, the Hawaiian scenery is photographed (by Jeffrey Jur, under Roel Reine’s direction) like a not-particularly imaginative tourist’s vacation record.  Since a TV budget is a tiny fraction of what Marvel spends on its movies, the action sequences are pitiful compared to what IMAX screens usually showcase.